Rescued from the Graveyard…..

Today I want to share another part of my life one that crushed my spirit for a long time, the pain I felt was very great, I was lost in the graveyard of despair but I’m not sharing this message to put blame on anyone, I want to show just how great God’s Love and forgiveness is and how even when I thought I came from an Ape and He was just made up having been deceived at School and having it reinforced by my Mother, He was still there watching over me.

But He could not come close to me because I had built a big wall of sin that kept Him away, good and evil cannot co- exist, God is Love and can do no evil or does He accept it and so we were Separated but Jesus came and set me free and the wall of sin was broken down but that was many years later.

To save detail here I will leave a link below for you which shows God’s amazing Love and protection in my life over those years for which I am now eternally thankful even though at the time I didn’t thank Him.

I was often hurting in my Teenage years and so I messed up big time, I was very lonely so if a boy said he loved me, I gave myself to him but of course when the novelty wore off he would move on and once again I was alone and hurting with scars that would not heal.

Than I meet my first husband, I will call him Bill, he said he loved me from the minute he saw me, which was on a Train going to work, he was staring at me so intently that I felt nervous and blinked which he took for a wink and so he followed me to work, our relationship blossomed, we were in love or perhaps infatuated and it remained that way, until I started working as a Child Carer which was a live in position in an Orphanage, (see link below) this meant we saw very little of each other and so we drifted apart but we met by accident years later and our love was rekindled, I became pregnant and we decided to get Married and by the time we did Marry, I was almost 5mths pregnant.

Bill like me had been badly abused in his childhood and had also seen his Mother abused by his father whom he loved and hated, he never knew how to handle his emotions and nor did I. Within a few days after being married Bill started to physically abuse me, I hemorrhaged and lost the baby but it was very weak, so something else may have caused the miscarriage, the Doctors were never sure about any of the 6 babies I lost with Bill and not all were caused because of his abuse, I had an Abortion when I was younger (see link below) and damage may have resulted.

Bill would cry and promise never to hurt me again but the physical abuse continued and many times he almost took my life, he abused me as he had been abused and there were other woman too. I made up excuses for the bruises, black eyes and welt marks, so why did I stay, I tried running away to find someone else who would love and care for me but that ended in a mess too, I still felt love for Bill and he for me, so we tried again.

We were Married for 8 years but towards the end he met another woman and this one became pregnant, Bill hoping to have a healthy child left me but I was at the time having psychometric illnesses because of fear and it was not working anyway, I would go to sleep when he walked into the same room not a good way to have a on going relationship, the Doctor warned me I was in danger, I started to also loose my hearing and balance, no reason was found but not long after Bill left they returned.

I still Love Bill as I do others but with God’s Love now, not carnal love, Jesus empowers me to forgive all those who hurt me when I choose to do so.

I was healed of my Childhood abuse and what I have suffered over those years when I was Married to Bill, some of which I’m sure I caused myself but before Jesus rescued me and I came to heart repentance, I suffered more heartache and I continued to sin greatly, so in the end I became dead emotionally like an Iceberg and I couldn’t even cry, I was lost in a deep dark graveyard of despair.

I haven’t seen Bill for 38 years but I did talk to him on Facebook a couple of years ago and in the last message I told him I forgave him and asked him to forgive me too, he didn’t reply to this but I continue to pray for him to find the reality of Jesus our Lord and Saviour, that his eyes will be opened and he will no longer be in darkness like I was  and so many still are. I want so much for Bill to be able to  choose the free gift of Salvation and in coming to heart repentance experience Jesus’ Love and healing  and  have the old record broken so he can have His deep inner Joy and Eternal Hope.

We know that Hurt people Hurt people and themselves and that holding onto bitterness towards anyone or seeking revenge only hurts us, it’s like mixing poison for them and drinking it ourselves, it’s an insidious Cancer that eats away all the goodness leaving a big black hole that can’t be filled. 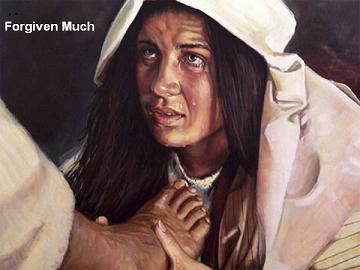 Even now with having assurance that I’m forgiven, I still remember how much I hurt Jesus and others, so how can I not forgive those who hurt me, yes we may not be able to be in close fellowship together until they also heal by forgiving me if needed or those who have hurt them, sometimes people blame others wrongly or even God for their suffering and so they need to ask forgiveness for doing this too… God never afflicts us willingly and what is very important is for us to receive and feel His Love and forgiveness as a reality, we need to forgive others as He forgives us.

True forgiveness is when we can Pray for others to receive all the good things we would like for ourselves,  this Medicine  is the best one we will ever take, it heals fast and permanently.

Ephesians 4:31-32 Let all bitterness and wrath and anger, and clamour and evil speaking, be put away from you, with all malice And be ye kind one to another, tenderhearted, forgiving one another, even as God for Christ’s sake hath forgiven you.

Matthew 5:43-45 Ye have heard that it hath been said, Thou shalt love thy neighbour, and hate thine enemy. But I say unto you, Love your enemies, bless them that curse you, do good to them that hate you, and pray for them which despitefully use you, and persecute you; That ye may be the Children of your Father which is in Heaven: for He maketh His sun to rise on the evil and on the good, and sendeth rain on the just and on the unjust.

Thanks for listening and God bless you all greatly – Christian Love in our Unity in Christ Jesus -Anne.

My name is Anne although some call me Grannie Annie especially Children whom I share with in my Funday School . I live in Queensland Australia. I’m very much a People person believing we are all People of worth and unique, so I have much Joy in sharing with people personally and over the Internet. My main focus in life is my wonderful Friendship with Jesus Christ, without Him everything else would be meaningless, I have deep heartfelt thanks and appreciation that I'm a Spiritual Child of The King of Kings and I seek to share with others how truly wonderful that is with the hope they too will realize the same and be set free now.
View all posts by Freedomborn →
This entry was posted in A Good Focus, A Life That Is Blessed, Life's Reflections, Messages From The Heart, Words of Encouragment and tagged Amazing Love, Bible, Blessings, faithful, Forgiveness, God's Grace and Forgiveness, God's Love, God's Love never gives up, God's Mercy, God's Truth, Heart Music, Hope, Jesus, Peace and Joy, Rescued, Saved, Scriptures. Bookmark the permalink.

64 Responses to Rescued from the Graveyard…..