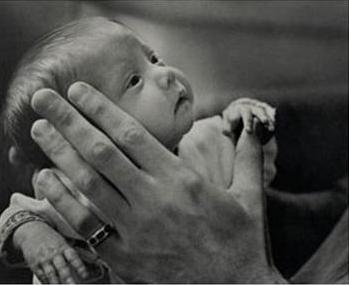 .
Are you a Mum or Dad?  Then how blessed you are to have had a part of giving  birth to your Child or Children. But what if someone had said that  you can only choose one or you are better off not having a Child; it has to be terminated?  Which one would you choose, and would you willingly choose to end the life of the Child you now Love?
.

What if you asked your Child or Children if they wished that they had been aborted instead of being born?  What would their response  be, and what if you had known them as you know them now when  they were conceived?  Would you have aborted by choice?

I lost seven Children, one that I aborted when I was almost 15 years of age. Nobody knew except my boyfriend and the Doctor who later raped me knowing I couldn’t tell anyone, he said to me after, “Now we both have a secret!”
.
I was too young to realize the impact this would have on my life and I was also too immature to make such a soul-destroying decision but because there was  pressure I was encouraged to think it would be OK and not really matter, I was told it was just like a chooks egg even though I was over 4mths gestation and also assured that I could have more babies when I chose to.
.
There seemed no other way, and it was not hard to find a willing Doctor, a well known Macquarie Street Gynecologist,  even though at the time Abortion  was illegal, but as you know money can buy almost anything.  But to murder your own Child leaves many scars that only Jesus our Lord and Saviour can heal.
.

After the loss of 3 stillborn baby girls and 3 others over 4 months gestation without a reason given and only to be told it’s just one of those unexplainable things, do you think I did not look back with great sadness and wonder what if, yes there was probably damage done at the time of the Abortion and sadly I never was able to hold my own Children.
.
I have no doubt that my Babies are in God’s arms and they have only ever known Joy and I have full assurance that I am forgiven, but much the same as King David and Paul the Apostle and many other Christians, I can never take lightly hurting God and others including my own baby.
.

My arms have ached to hold all my babies and tell them I Love them, especially the little one I chose to kill, I call her Charmaine but she may be Charlie; I won’t  know until I’m with them all in Heaven.
.
” The damage of Abortion is not just physical. “
.
With the invention of Ultrasound many lives have been saved but sadly it is now being used to take life, if my Birth Mother had this available when she was pregnant with me because I have a genetic disorder I would have been deleted! My life has been hard one but I have also known and still know great Joy that I would not have known.
.

I use to look after a retarded women for a short time each week. Jodie was then 25 but about 5 mentally and emotionally.  Her dolls are her daughters and sons and she loves and cares for them, and to her every thing is pretty.  She use to ask me regardless of the time of year to sing Away In A Manger and Twinkle Twinkle Little Star to her. I did this as I  walked the dogs with her, actions and all.  I’m sure all my neighbors thought that I had lost it, but her smile was well worth it. This woman-child brought great Joy to me and still does to many others.
.
Perhaps she is not as bad as some are  and yes she will always  need extra care, but one day you or I may need that too. Or perhaps Euthanasia will be legalized  and it won’t be our choice, but someone whose focus is on the purse strings and views us as a hindrance to balancing the budget  instead of a person of worth, so of course we will be expendable. Sadly when life has little value which is the real face of Abortion… then where does it end?
.
I found this to be the hardest message I have even written but knowing how many babies are being aborted today and  also the lies that are being told, when I first wrote it I prayed for the courage to forward it on and I’m doing that again now, making yourself vulnerable is not always easy but the one thing that motivates my heart is that it  may save a Child’s Life because  regardless of how little they are they are still a person of worth.
.
Thanking you for your time and concern for God’s Little ones – Christian Love Anne.
.
Please note – The Links below are very dynamic and at times disturbing, but they show clearly real  deception  in regard to Abortion which many are unaware of and perhaps when eyes are opened, hearts will be too and something will than be done to put a stop to this Holocaust of evil.
.
The World wide Abortion counters uses one of the more conservative estimates on the number of Abortions world-wide since 1980 (40 Million per year for 30 years) and this equals 1,200,000 Billion (from Lifesitenews)
.
This is not including home Abortions with chemicals that kill the fetus or after sex birth control that does the same.
.

My name is Anne although some call me Grannie Annie especially Children whom I share with in my Funday School . I live in Queensland Australia. I’m very much a People person believing we are all People of worth and unique, so I have much Joy in sharing with people personally and over the Internet. My main focus in life is my wonderful Friendship with Jesus Christ, without Him everything else would be meaningless, I have deep heartfelt thanks and appreciation that I'm a Spiritual Child of The King of Kings and I seek to share with others how truly wonderful that is with the hope they too will realize the same and be set free now.
View all posts by Freedomborn →
This entry was posted in A Life That Is Blessed, The Early Years. Bookmark the permalink.

76 Responses to Mommy Please Love Me…..