Wow! A New Missing Link has been found ???

Posted on October 3, 2015 by Freedomborn 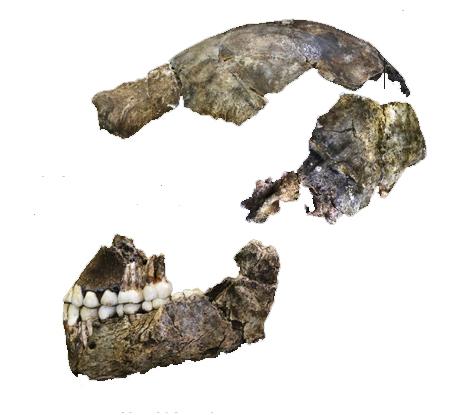 So why the question marks, how many now including this New Missing Link have they found that were later  dismissed after being proven wrong, don’t be deceived Check it out! for yourself.

So how can we know for certain that we did not evolve from an Ape or any other Animal, let’s look first at what God tells us in Scripture and what has also been confirmed by Biology Science but even if Science didn’t agree with God, I would not be in any doubt because God is never mistaken but Man has been and much more than once before.

God makes it very clear in the Bible when they did not have Biology Science or Pathology, that our D.N.A is different from Animals (see below) of course like other words D.N.A is a relatively modern name the same as The Trinity, They are called the Godhead in Scripture and The Rapture is known as the First Sickle in Revelation and Dinosaurs both water and land, were called Dragons or Leviathan in other Scriptures. Aids is also mentioned in Scripture but not by that name (Romans 1:26-27) it is now known to be a Bactria in the Anus that attacks the immune system.

1 Corinthians 15:38-40 But God giveth it a body as it hath pleased Him, and to every seed his own body All flesh is not the same flesh: but there is one kind of flesh of Men, another flesh of beasts, another of fishes, and another of birds..(KJV)

Did you know that  Our Human Belly Button is different from any type of Animal? this  is because our D.N.A  is different as we see confirmed in the above Scripture. No Human-being  has ever conceived an Animal and no Animal has ever conceived a Human- being, this confirms without a doubt that it would have been impossible for us to evolve from Animals, D.N. A never changes, which means we were Created and if we were Created, it means there is a Creator.

Flesh and blood cannot come from nothing, Secular Scientists have for years tried to create viable life forms but without success. God is Spirit and always has been and nothing is impossible for Him, He tells us this is True and He is not a Liar as proven by His awesome Creation. He also tells us that He created us and the World in six days, we did not come from The Big Bang.

..Now let’s look at what Biology Science has found out …..

Blood from one Organism isn’t the same as blood in another Organism, even if they are closely related. Think about it. If you can’t give just any Human blood to another Human, why would you then expect to be able to give a Human blood from an Organism even less closely related?

There are many differences in blood from Human to Human, and even more differences between Humans and any other animal. For example, our red blood cells are sort of disc shaped and thicker at the edges than in the middle. Our mature red blood cells lack nuclei. However, some animals have red blood cells that are more round, some are more oval, and some have nuclei while others don’t.

In addition, Human blood cells have “markers” on them that act sort of like ID tags. This is why you have to be careful with what type of blood you give to someone. If you give a type A person type B blood, the B blood cells will essentially be attacked by the person’s immune system, leading to several complications that can result in death. Not only are these markers different from person to person, but they vary from species to species as well. Therefore, unfortunately we can’t rely on different species blood to make up for our blood shortage.

Another study by Dr Aysha Akhtar, M.D., M.P.H  has found that animals don’t get Human Diseases because a crucial protein that controls blood sugar in Humans is missing in mice. Even when the Human gene that makes this protein was expressed in genetically altered mice, it behaved differently. In fact, it had the opposite effect from that in Humans — it caused loss of blood sugar control in mice.

The use of animal models not only confounds us with irrelevant data, they actually divert us away from unraveling the causes behind Human diseases and finding treatments that work.

The inability to recreate Human diseases accurately in animals is an inherent and fundamental flaw in the use of animal experiments.

Some further very interesting information and evidence that explains and shows why we couldn’t have evolved from Animals is found on the link below…..

For a bit of Serious Missing Link Humor, follow the links below…..

.
Thanks for reading – Christian Love in our Unity in Christ Jesus.

My name is Anne although some call me Grannie Annie especially Children whom I share with in my Funday School . I live in Queensland Australia. I’m very much a People person believing we are all People of worth and unique, so I have much Joy in sharing with people personally and over the Internet. My main focus in life is my wonderful Friendship with Jesus Christ, without Him everything else would be meaningless, I have deep heartfelt thanks and appreciation that I'm a Spiritual Child of The King of Kings and I seek to share with others how truly wonderful that is with the hope they too will realize the same and be set free now.
View all posts by Freedomborn →
This entry was posted in Messages From The Heart, Words of Encouragment and tagged Amazing Creation, Amazing Love, Bible, Blood DNA in Creation, Christmas Blessings, Creation, Creation not Evolution, Everything God created is good, Evolution, God created the World awesome, God tells us He created everything good, God's Animal Creation, God's awesome Creation, God's Love, God's Truth, Scriptures, The wonder and beauty of Creation, Without a doubt Creation. Bookmark the permalink.

33 Responses to Wow! A New Missing Link has been found ???