Would you rather believe a lie or know the Truth…..

Posted on December 6, 2014 by Freedomborn 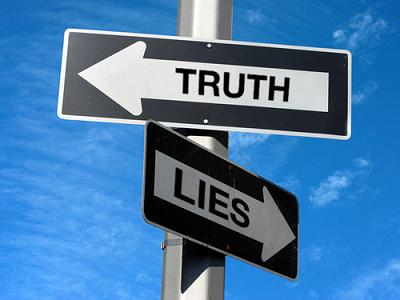 So would you rather believe a lie or know the Truth, this may sound like a strange question to ask, of course who wouldn’t want to know the Truth but surprisingly when telling a joke with this as the opening question, some said; that depends, perhaps they were seeking to protect themselves from something they didn’t want to know but to be honest I would rather always believe in the Truth than believe a lie.

The message I posted recently called “Who do we Believe” especially the part about our not continuing to sin (see link below ) raised some objections  from those who had been taught differently, although what they believed was not confirmed in Scripture when read in context,  I thought it would still be helpful to share these objections as they can cause confusion if not resolved and lead to believing a lie which is something God warns us about.

One objection they raised was that in Romans 7 Paul shares how he lives with his sin so they believe we must go on sinning till we die. Paul’s Thorn was because of his flesh, he had the sin of worldly pride, which meant he had separated himself from God and given Satan a foothold, and yes he did share about his battle with his Carnal flesh in Romans 7 but called himself wretched and believed Jesus would set him free, than Paul told us what to do about our evil flesh in (Romans 8 :12-15 – Romans 6 – Colossians 3:4-6 -Galatians 24 -26) and other Scriptures, we all need to put it to death by The Spirit as I have shared with you before.

Another Objection was that God tells us if we say we are without sin we are calling Him a liar but if we read (1 John 1:8-9) in context (see below) we will realize it is referring to those who say ….. we have not sinned so don’t need Salvation and so they are calling God a liar, which sadly many do even some in the Church, they cover up their sin, minimize it or blame others instead of having True heart repentance, yes until we are Born Again and perfected in Love when it will no longer be necessary Jesus is our Advocate and we can be forgiven.

When we read below 1John1 in context, it tells us that if we walk in darkness or sin we do not know Jesus in our heart, we do not have the Light, so it is not talking about continuing to sin but is referring to our Salvation as I shared before and if we claim we don’t need Salvation because we haven’t sinned we are calling God a liar.

1John 1:5-10 This then is the message which we have heard of Him, and declare unto you, that God is light, and in Him is no darkness at all. If we say that we have fellowship with Him, and walk in darkness, we lie, and do not the truth: But if we walk in the Light, as He is in the Light, we have fellowship one with another, and the blood of Jesus Christ His Son cleanseth us from all sin. If we say that we have no sin, we deceive ourselves, and the truth is not in us. If we confess our sins, He is faithful and just to forgive us our sins, and to cleanse us from all unrighteousness. If we say that we have not sinned, we make Him a liar, and His word is not in us. K.J.V

Sin is not referring to weaknesses and shortcomings, they are not sin and we are not to judge them as such in others or ourselves and this is the same with our emotions, yes they can lead to sin but they are not sin, we all have them and so does God, of course He does not worry but He does not condemn us for worrying but reassures us we don’t need to because He is always there to help us.

When we are Born Again and perfected in Love which we are all to aim for, putting our Carnal flesh to death, as the Scriptures confirm we are than cleansed from all unrighteousness which causes us to sin, and so we are conformed into the image of Jesus because He lives in us and we walk as He walked on earth, which was in Love and without sin.

1John2:6 He that saith he abideth in Him ought himself also so to walk, even as He walked. KJV

1John 4:16-19 And we have known and believed the Love that God hath to us. God is Love; and he that dwelleth in Love dwelleth in God, and God in him. Herein is our Love made perfect, that we may have boldness in the day of judgment: because as He is, so are we in this world. There is no fear in Love; but perfect Love casteth out fear: because fear hath torment. He that feareth is not made perfect in Love. We Love Him, because He first Loved us.

Another Objection was that we can’t work for our Salvation it is a free gift and this is True but we will show we have it as confirmed below, it is not works to aim to be perfected in Love it is obedience and without works faith is dead but because we Love God and others, we will willing to do God’s good works that He has prepared in advance for us to do and equipped us to do them as He motivates and empowers us through The Holy Spirit but we need to be fit vessels first.

2 Timothy 2:19-21 Nevertheless the foundation of God standeth sure, having this seal, The Lord knoweth them that are His. And, let every one that nameth the Name of Christ depart from iniquity. But in a great house there are not only vessels of gold and of silver, but also of wood and of earth; and some to honour, and some to dishonour. If a man therefore purge himself from these, he shall be a vessel unto honour, sanctified, and meet for the Master’s use, and prepared unto every good work.

Romans 3:31 Do we then make void the law through faith? God forbid: yea, we establish the law.

God tells us to resolve our differences , we are not to argue or even agree to disagree, both end in division as we can see by all the different Cults and  Denominations something that Paul warned against, we are to follow Jesus not man. Perhaps you have other objections that confirm and condone that we go on sinning when we are Born Again, if so please feel free to express them and we will seek God together for a resolution by the conformation of His inspired Scripture and than through the empowering of The Holy Spirit we will have the right understanding.

(Would you rather believe a lie or know the truth? this Post asked an interesting question: while the Post explores a different issue, I looked at it a different way, in a broader sense, I often wonder if it is better to believe a comfortable lie instead of facing the truth head on, sometimes the conversation on religion feels like this is the central issue to everything)

The above Statement was a pingback on my message ” Would you rather believe a lie or know the Truth”  I thought I might share it with you although I have deleted the pingback  as I don’t promote Atheism.

If this person who is lost in his denial of The Truth and deceived by his or others fleshy, worldly understanding,  had asked me I would have told him, that Christianity  not including any other religions, is indeed the central issue to everything in life because God our Creator tells us it is and we don’t reject His Truth which is implying if we do that He tells lies.

Believing a lie which is intended to harm is dangerous and this includes white lies with the same intent, they  are never comfortable even if this man  believes they are  because they lead to Eternal Separation from God and Suffering,  it is not His will that anyone perishes, it is their choice.

God’s  reality has been proven, which one day this man will realize but hopefully before judgment day he will come to heart repentance like I did, for his sin and his foolishness in believing God does not exist and did not create him, which because He did makes this man answerable to Him as it does with all of us.

Thank you for listening – Christian Love in our Unity in Christ Jesus – Anne.

My name is Anne although some call me Grannie Annie especially Children whom I share with in my Funday School . I live in Queensland Australia. I’m very much a People person believing we are all People of worth and unique, so I have much Joy in sharing with people personally and over the Internet. My main focus in life is my wonderful Friendship with Jesus Christ, without Him everything else would be meaningless, I have deep heartfelt thanks and appreciation that I'm a Spiritual Child of The King of Kings and I seek to share with others how truly wonderful that is with the hope they too will realize the same and be set free now.
View all posts by Freedomborn →
This entry was posted in A Good Focus, Messages From The Heart and tagged Confusion, God's Truth, Knowing God's Truth, Lies, Lies bring Eternal harm, Speak the Truth in Love, Speaking Truth, Truth brings Light, Truth not a Lie. Bookmark the permalink.

30 Responses to Would you rather believe a lie or know the Truth…..