Jesus is watching you! 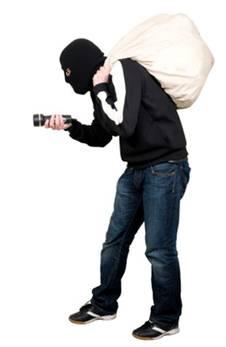 A Burglar broke into a house one night, he shined his flashlight around looking for valuables when a voice in the dark said,
‘Jesus knows you’re here.’

He nearly jumped out of his skin, clicked his flashlight off, and froze.
When he heard nothing more,after a bit, he shook his head and continued.

Just as he pulled the Stereo out so he could disconnect the wires, clear as a bell he heard…

‘Jesus is watching you.’

Being visibly shaken, he shined his light around frantically, looking for the source of the voice.

Finally, in the corner of the room, his flashlight beam came to rest on a Parrot. 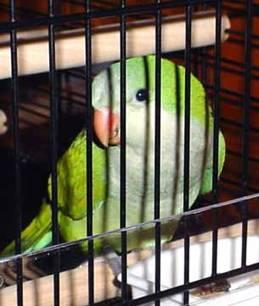 ‘Did you say that?’ he hissed at the Parrot.

‘Yep’, the Parrot confessed, then squawked, ‘I’m just trying to warn you that he is watching you.’

The burglar relaxed. ‘Warn me, huh? Who in the world do you think you are?’

‘Moses?’ the burglar laughed.’What kind of people would name a bird Moses?’

‘The same kind of people that would name a Rottweiler, Jesus.’ 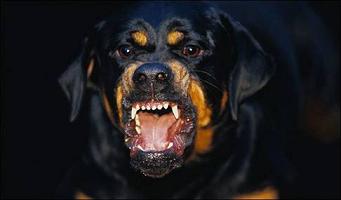 It’s an old one but a good one, Ron shared it with me recently and I thought we could all do with a good laugh before we address the very serious subject of deception that we encounter with Cults and other False teachers, we will be doing this over the coming weeks after we come back from our Holidays. Sorry we have not been in touch the Computer was down again.
Jesus Christ of course is not a dog even though some claim because dog spelt backward is God and so dogs are to be given the same reverence but this is very much in error, for one thing it is a small g when spelt backwards which refers to a Pagan god and there is only one God being The Godhead or Trinity  who we are to worship but Jesus does indeed protect His valuables and we are of great value to Him and even Moses in the Bible confirmed this many times.
As you probably know the name Jesus is sometimes given to boys  but also claimed  by false Messiah’s masquerading as the real Jesus of the Scriptures.
Matthew 24:4-5 And Jesus answered and said unto them, Take heed that no man deceive you. For many shall come in my Name, saying, I am Christ; and shall deceive many
God tells us not to argue about words, but we are to expose the deeds of darkness and lies and deception are very much part of these, words that have no genuine Spiritual significance are to be ignored as they cause disunity, such as Jesus’ or God’s name is only valid if pronounced or said in a certain way in Hebrew according to the Old Testament.
But The Name of Jesus Christ  is not just letters forming a word, they denote His Power, Nature and Divinity, in what ever Language is used or how ever it is pronounced or called. The Scriptures tell us only those who believe in their heart That Jesus is Lord of Lords and  King of Kings have The Holy Spirit and so claim it to be True.
1 Corinthians 12:3 Wherefore I give you to understand, that no man speaking by the Spirit of God calleth Jesus accursed: and that no man can say that Jesus is the Lord, but by the Holy Ghost.
Jesus is also known as The Living Word in The Scriptures ( see below) there were no small partials in the original Greek Scriptures and they were all written in Upper case but Cults  trying to discredit Jesus as God and part of The Godhead or Trinity as we call Them today, have in their own Translations seeking to deceive added an a in the verse below claiming Jesus is not God but is a god.
John 1:1-5  In the beginning was the Word, and the Word was with God, and the Word was a God. The same was in the beginning with God. All things were made by Him; and without Him was not any thing made that was made. In Him was life; and the life was the light of men. And the light shineth in darkness; and the darkness comprehended it not.
Revelation 19:
13 And He was clothed with a vesture dipped in blood: and His Name is called The Word of God.
16 And He hath on His vesture and on His thigh a Name written, King Of Kings, And Lord Of Lords.
We can also see clearly in the Scripture below Jesus’ Divinity with Him being The Word,
1 Jonn 5: 7 For there are Three that bear witness in Heaven: The Father, The Word, and the Holy Spirit; and these Three are One.
Some claim this verse was not in the original text but this is not true as it is confirmed in other Scriptures ( see below) and Translations such as The KJV  which is one of the Translations originating from the original Greek Text, we can also see it’s Truth in the Scripture below, but be warned, False Teachers also claim other Scriptures that do not gel with their deception are also not in Scripture or they change them.
Isaiah 9:6-7 For unto us a Child is born, unto us a Son is given: and the Government shall be upon His shoulder: and His Name shall be called Wonderful, Counsellor, The Mighty God, The Everlasting Father, The Prince of Peace.
We  hope these explanations and others that we will share in the near future, will be of help in your recognising the deception in regard to Jesus’ Name and Divinity, His Name is indeed above every name and He was never an Angel as sometimes claimed, even by well-known Theologians, the Scriptures below show they got it wrong.
Hebrews 1: 4-8  Being made so much better than the Angels, as He hath by inheritance obtained a more excellent Name than they. For unto which of the Angels said He at any time, Thou art my Son, this day have I begotten thee? And again, I will be to Him a Father, and He shall be to me a Son? And again, when He bringeth in the first begotten into the world, He saith, And let all the Angels of God worship Him. And of the Angels He saith, Who maketh His Angels Spirits, and His Ministers, a flame of fire.  But unto the Son He saith, Thy Throne, O God, is for ever and ever: a Sceptre of righteousness is the Sceptre of Thy Kingdom.
Hebrews 1:13 But to which of the Angels said He at any time, Sit on my right hand, until I make thine enemies thy footstool?
Well we are off for a short relaxing time at Moffat Beach not far from home and a great place to unwind and rest, we will also explore the other Beaches nearby ( see below ) This will be Mo-Joe’s first Holiday with us but Monty has been on many and like us really enjoys them. 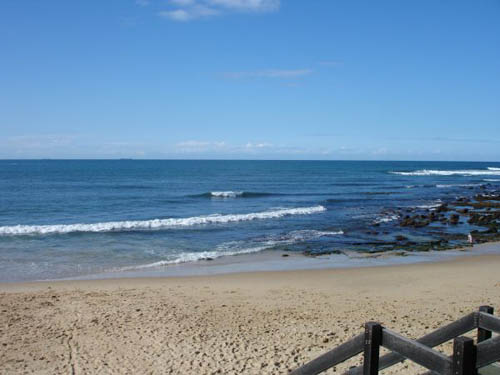 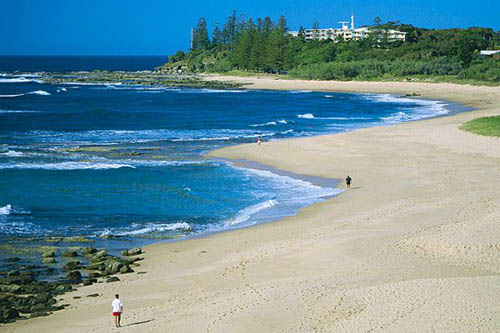 You will be in our thoughts and prayers, we will be in touch soon and also catch up with your Posts.
Christian Love from both of us -Anne.
Sorry if you had problems connecting I had problems posting
as I do most of your weekends.

My name is Anne although some call me Grannie Annie especially Children whom I share with in my Funday School . I live in Queensland Australia. I’m very much a People person believing we are all People of worth and unique, so I have much Joy in sharing with people personally and over the Internet. My main focus in life is my wonderful Friendship with Jesus Christ, without Him everything else would be meaningless, I have deep heartfelt thanks and appreciation that I'm a Spiritual Child of The King of Kings and I seek to share with others how truly wonderful that is with the hope they too will realize the same and be set free now.
View all posts by Freedomborn →
This entry was posted in A Good Focus, Laugh A Little, Messages From The Heart, Words of Warning and tagged Bible, False Teachers, God's Truth, Godhead = Trinty, humour, Jesus, Jesus Name and Divinity, Laugh a little, Scriptures, Trinity. Bookmark the permalink.

18 Responses to Jesus is watching you!